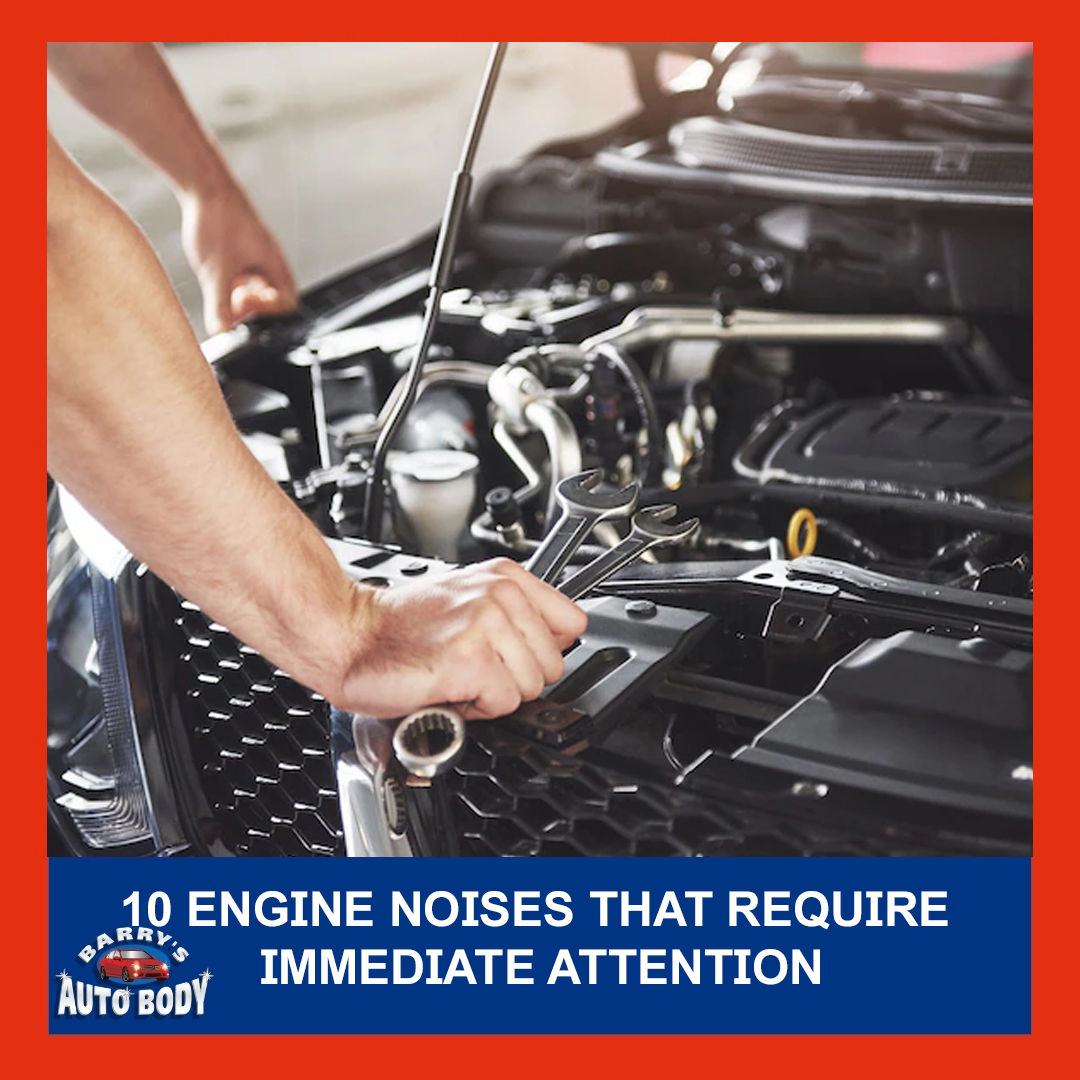 Like most drivers, you probably take your car for granted. But if you’re not paying close attention to your engine’s sounds, you’re putting yourself and others at risk.

Engine sounds can signify many different things, but when they start to sound abnormal, it’s time to get the car looked at.

This article will feature ten engine noises requiring immediate attention. By understanding the basics of each noise and how to fix it, you’ll be safe and in control on the roads!

If you hear popping sounds from your engine, it could mean a problem with the valvetrain. This can manifest itself in a variety of ways, but most commonly occurs when the valves don’t seat properly and cause the metal to strike metal.

To fix this issue, you’ll need to take your car to an auto specialist who will replace the defective parts and lubricate everything properly. If all else fails, you may need to replace the entire valvetrain assembly.

When engines age or suffer damage sustained in an accident or collision, they can start to rattle. The sound is typically caused by loose or broken parts knocking around inside the engine.

Additional means of fixing may include taking your car in for a tune-up and replacing any damaged components to fix this issue. You may also want to insulate the engine bay to reduce noise levels.

If you hear squealing noises from your engine, it may signify worn or damaged bearings. Over time, the metal on these balls can grind against each other and create that high-pitched noise.

To fix this issue, you’ll need to replace the bearings and lubricate them properly. In some cases, an alignment may also be necessary to ensure all bearing surfaces are in line.

If you hear grinding noises from your engine, it could mean a problem with the pistons or cylinders. Worn gearboxes or bearing seals may also cause grinding noises.

To fix this issue, you’ll need to replace the worn components and lubricate them properly. Additionally, an overhaul may be necessary to clean and repair the engine internals. These sounds can also signify overheating and misfiring; in this case, you may need to check for air filters and faulty fuel injectors.

Other common issues grinding noise can indicate include:

If you hear a hissing or sizzling noise from your engine, it could mean that the coolant is boiling over. This can happen if there’s an issue with the thermostat or a cracked head gasket.

To fix this problem, you’ll need to replace the cooling system components and check for any other damage. A tune-up may sometimes be necessary to restore normal engine operation.

If you hear clicking or ticking noises from your engine, it could mean that the valves are sticking. This can be caused by a worn-out bearing, damaged gaskets, or a leak or lack of oil.

To fix this issue, you’ll need to replace the worn components and lubricate them properly. In some cases, an overhaul may also be necessary to clean and repair the engine internals.

You may often hear a detonation knock when the engine operates at high speeds, which may be caused by the sound of air molecules hitting metal objects in the engine and knocking them off balance.

To fix this issue, you may need to replace parts such as spark plugs, valves, or pistons.

If you hear sputtering noises from your engine, it could mean that the fuel is not being properly combusted. A worn-out ignition system, clogged air filters, or low oil pressure can cause this.

To fix this problem, you’ll need to replace the components and check for any other damage. A tune-up may also restore normal engine operation.

Loud idling noises can be a sign of engine trouble. If the noise is constant, it could mean that something is blocking your engine’s airflow. A clogged filter or dirty fuel injectors can cause this.

You’ll need to replace the component and clean it thoroughly to fix this issue.

Whistling noises from your engine can be a sign of several issues. If the noise is intermittent, it could mean that the spark plugs or valves are misfiring.

In other cases, whistling noises could be due to worn-out bearings or a defective engine block. You’ll need to replace these parts and get your car tuned.

Are you noticing any of these engine noises? If so, don’t ignore them – they may indicate a more severe problem. By identifying and fixing the issue as soon as possible, you can prevent severe damage to your engine and ensure a smooth ride. Keep an eye out for these noises and take appropriate action to fix them as soon as possible!