7 Most Common Car Engine Smells and What They Mean 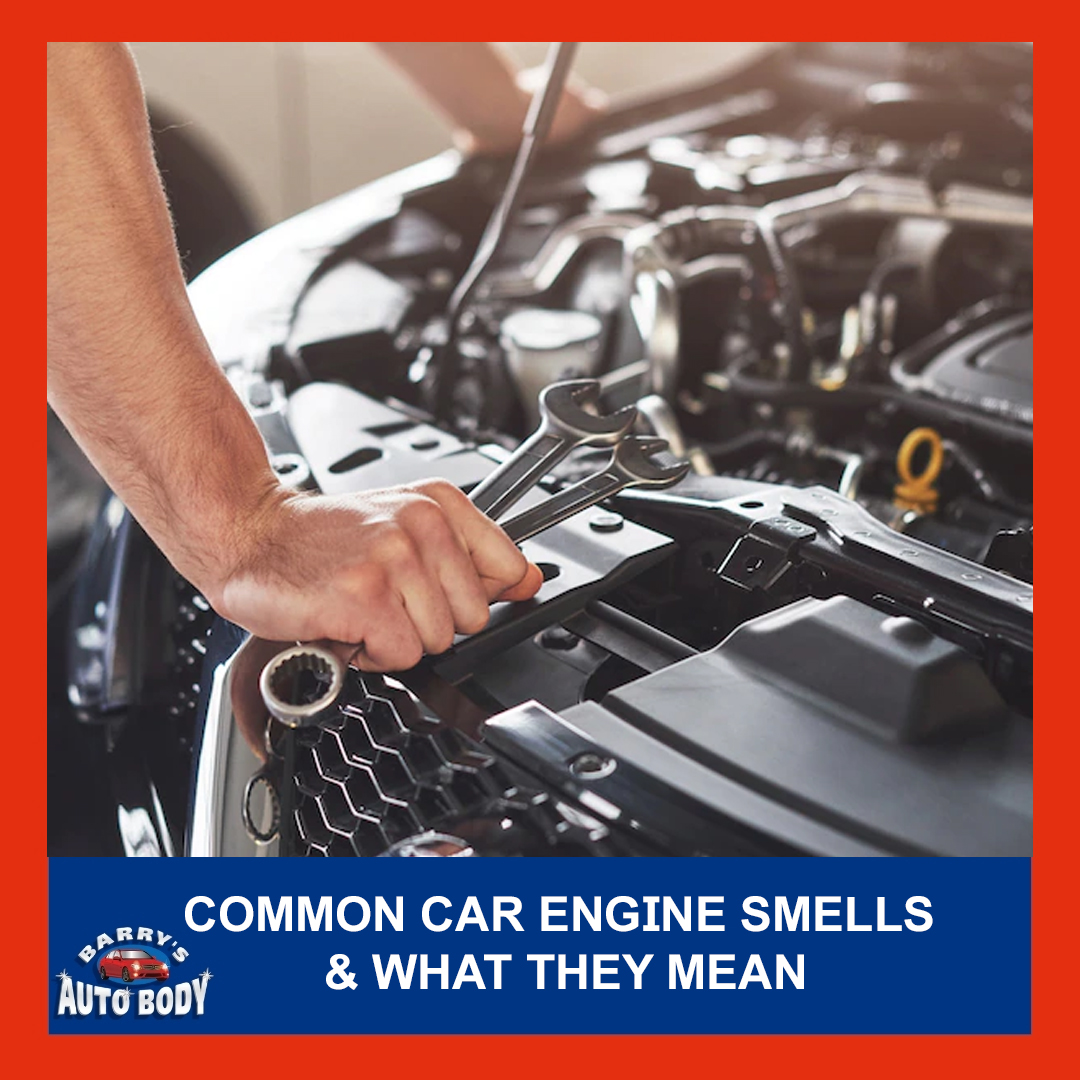 If you’ve ever noticed your car engine smells terrible, now is the time to start worrying. Car engines produce a variety of compounds that can turn even the most innocuous odor into a major problem.

What are the causes of different engine smells?

The causes of engine smells can be a bit varied, but most often, they relate to either the fuel system or the cooling system.

A familiar smell that signals a problem with your car’s fuel system is gasoline, and this smell might mean that something is blocking your car’s filter and causing debris and carbon particles to build up in the engine. Other possible causes of this gas odor include low oil levels, clogged air filters, or dirty injectors.

Other common engine smells include burning rubber (which typically indicates a problem with the suspension), sulfur (usually caused by problems with valves or camshafts), and electrical (a sign that the computer system controlling your car’s engine is malfunctioning).

What is an engine smell, and where does it come from?

When you turn on your car, the engine starts up and burns some of the fuel injected into it. This process produces several compounds, including gasoline, oil vapor (a byproduct of burning fuel), and nitrogen dioxide (NO2).

You can easily smell the fumes from these compounds as they are expelled from the vehicle’s exhaust. Additionally, depending on your car’s engine, various parts within the engine might also produce smells. For example, carburetors emit a sweet smell, while diesel engines often have a strong odor from combustion.

There are a few things you can do to reduce engine smell:

If the smell comes from the engine itself, it may be necessary to take your car in for a diagnosis.

Car engine smells can be an unpleasant affair. However, if you catch a whiff of something that smells like rotten eggs, don’t panic! A rotten egg smell from your car’s engine may indicate a fuel or air supply problem.

The smell might be noticeable when you start your car in the morning or worsen as the day goes on. The smell’s origin could be sulfur from oil burning in the engine.

Another reason for the rotten egg smell could be from a malfunctioning catalytic converter and can be a sign of other issues such as a problem with the fuel system. If this odor persists, you must take your vehicle in for inspection ASAP.

The Smell of Mold Or Mildew

A car with a musty odor may mean that there’s moisture buildup inside your car, and it could be due to a clogged air filter, a leaking trunk, or a vehicle with a leaded engine.

You may try to fix any moisture buildup inside your car by checking for a clogged air filter or leakage. If you still can’t identify the source of the smell, after checking all those things, it might be time to call a mechanic.

Keep in mind that the presence of lead can also cause the smell of mold or mildew.

When your car smells like maple syrup or fruity candy, it can signal that something is blocking the coolant system. This can be due to an exhaust problem caused by a buildup of dirt, oil, and gas or a buildup of the engine’s solvers (including water and alcohol).

The mechanic can usually fix it by removing and cleaning the sensor or replacing the entire air conditioning system.

If Your Car Smells Like Acrid Smoke Or Burning Oil

If your car smells like acrid smoke or burning oil, it could indicate a problem with the engine’s piston rings, leading to reduced fuel efficiency and even loss of engine power.

Mechanics can diagnose and fix this issue by replacing the piston rings or valve seals.

Broken engine parts or clogged air filters can also trigger these smells. Sometimes the cause is more minor and can easily be fixed – like a loose battery cable.

Don’t wait – this smell could signify a more severe problem that needs to be fixed as soon as possible.

The Smell of Burnt Carpet

There are a few potential causes of this smell, the most common being a defective or dirty air filter. If the filter blocks the smell sensor, it will produce an odor similar to a burnt carpet.

Mechanics can usually fix this issue by cleaning or replacing the air filter.

Another potential cause of this smell is a broken engine injector – which hoses gasoline and oil from the engine to each cylinder via small nozzles.

If one of these injectors breaks, it can create an intense burning scent that might. In extreme cases, a broken injector can cause the entire engine to fail.

The Smell of Burnt Rubber

Burnt rubber doesn’t just smell bad – it can also be dangerous. If your car smells like burnt rubber, there’s a good chance you’ve got a problem with the brake pads or suspension systems.

Mechanics can check for broken parts and incorrect installation, then fix the issue before it leads to more severe consequences.

The Smell of Gas

One of the most common smells associated with cars is gas. This smell comes from various sources, some minor and some more serious.

The most common culprits are dirty air filters or clogged fuel injectors, which can cause the car to emit an unpleasant gas-like odor.

Mechanics can usually fix these issues by cleaning or replacing the parts involved.

What can you do to determine if there’s a problem with your engine?

The mechanic can diagnose car engine smells and problems and recommend necessary repairs. In some cases, however, the cause of the smell may not be clear, and only a qualified technician will be able to identify it.

Make sure to keep an eye out for these familiar engine smells and take the necessary steps to fix the issue as soon as possible. However, if you’re noticing a smell coming from your car that you can’t quite put your finger on, don’t hesitate to get it checked out by a mechanic.