Apple Inc. is getting in on the “self-driving vehicle” action 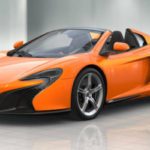 The maker of the popular iPhone and iPad has decided to experiment with the car industry.  According to Automotive News, Apple Inc. was granted a permit to test self-driving cars on California state roads. The permit grants Apple Inc. the right to test different driving scenarios that include U-turns, lane changes and high speed driving.

Apple Inc. hasn’t acknowledged their interest in autonomous vehicles, choosing to keep their experiments close to the vest as they do with most of their prototypes.  The cat was let out of the bag when the state of California released portions of the application to Reuters.  Since Apple Inc. rarely falls victim to unwanted leaks, I decided to add some Apple stock to my portfolio.

The released portion of the application requested permission to road test three autonomous vehicles – all of which are 2015 Lexus model RX450h. Last year there were reports that Apple Inc. was in talks to buy the Mclaren FI which Mclaren denied – could it be that they are now interested in Toyota?

The interesting portion of the Apple Inc. application is the document called, “Automated System: Development Platform Specific Training Overview.” The objective of this section is “to train safety drivers in various automated driving conditions.” That leads me to believe that Apple Inc.’s interest is not to specifically build an autonomous vehicle, but perhaps to develop a system to be included in a vehicle made by another company.

To us it makes sense that Apple, Inc. would partner up with a vehicle maker for a new self-driving car.  After all, self-driving cars depend heavily on technology to act as the brains of the vehicle.  What better company to develop a technology platform for a safe, intelligent vehicle than Apple Inc.?

Of course Apple Inc. will be joining a long list of car makers and technology rivals that have already been testing and selling these vehicles.  But in this area, the more testing and safety options the better for everyone.

According to Automotive News, the filed documents referred primarily to driver safety.  Quoted text from the document include, “Development platform will be controlled electronically (e.g. joystick) and safety drivers must be ready to intervene and take control.” One of the letters to the Department of Motor Vehicles gave a slight hint to Apple’s intention stating that the platform will have “the ability to capture and store relevant data before a collision occurs.”

Whether they are planning to launch their own autonomous vehicle or are planning to team up with an auto maker to provide driver safety technology, we believe the industry can benefit from having Apple in it.