I Gotta Guy in the Auto Collision Business and You Can Too! Thank you Barry! 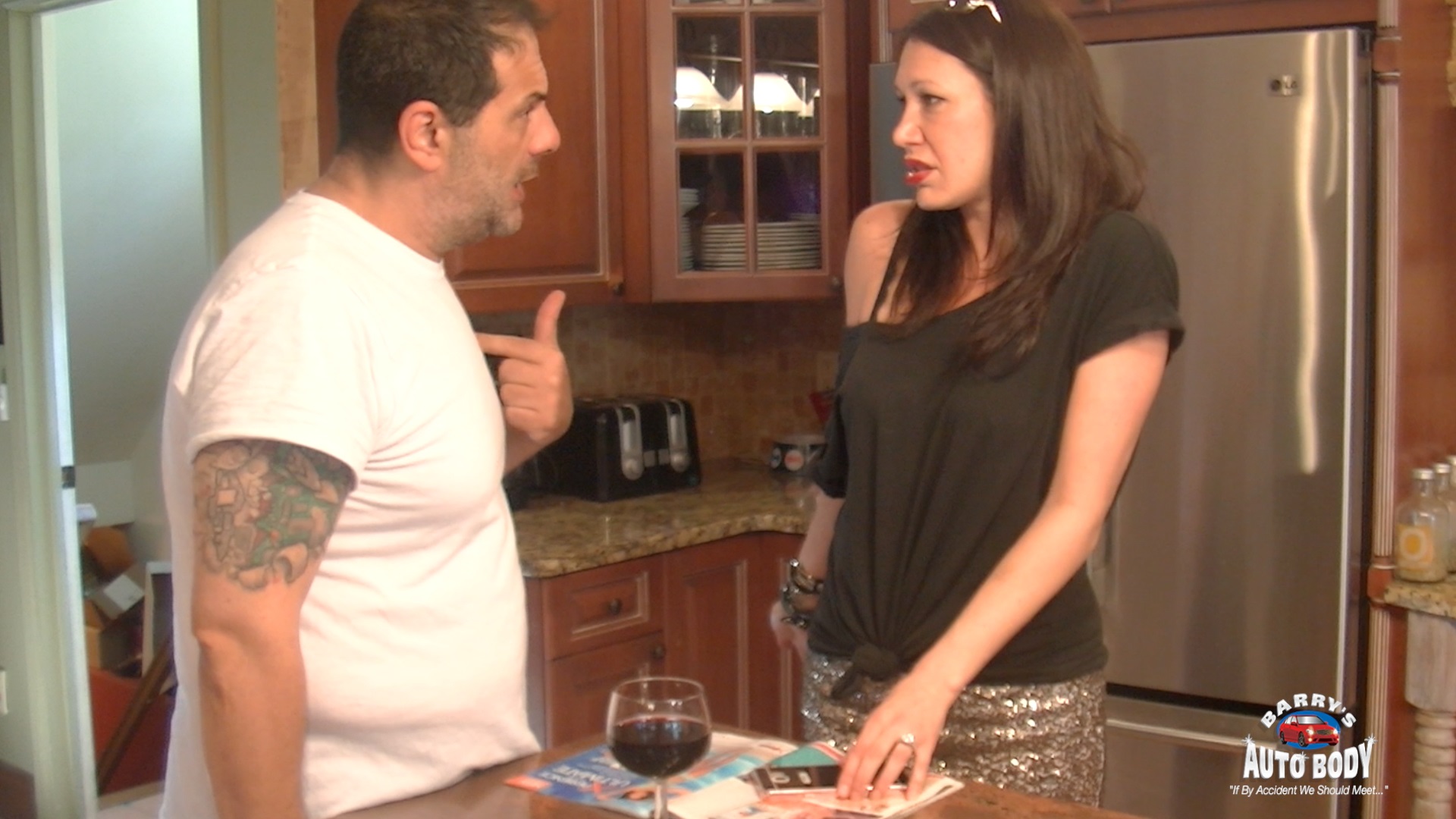 So — I was driving home from the nail salon the other day and the toe holder from my pedicure got tangled in the gas pedal when I was stopping for a red light. I rolled a little bit too far and bumped into a pole when I tried to avoid the car in front of me. Thank goodness my nails didn’t smudge because they were nearly dry, but the car bumper took a good hit in the auto collision.

I knew Vito (that’s my husband), was going to be furious with me because we just got the Escalade back from being fixed after my last nail appointment! I picked up the bumper from the sidewalk and threw it in the back then began Googling auto collision repair shops near me.

Barry’s Auto Body was the first to come up. He seemed to know what he was doing because he had a bunch of automotive “How to…” videos on YouTube demonstrating everything from changing a tire to buffing out scratches. Unfortunately for me, the bumper had more than a scratch that I could buff out myself L

I called Barry’s Auto Body and the girl who answered the phone said that I could bring the Escalade in first thing in the morning. I had a feeling that Barry would do a great job because his family owned and operated auto collision repair shop has been in business for nearly forty years. I needed a family of experts standing behind me just in case Vito saw the truck before I had a chance to get it fixed.

Vito loves his cars. He treats them like his children, buying custom rims for their tires and spending his Saturdays waxing and detailing them. I needed to get the Escalade fixed quick and fixed right so he wouldn’t notice the damage.

I pulled the truck into the back of our garage, hoping that it was too Vito wouldn’t notice the damage when he got home. As is usual with my luck, Vito spotted the missing bumper the minute he got home. That man can spot a smudge in the car’s finish from a mile away, but he doesn’t notice a new outfit I’m wearing until he gets the bill – but that’s a different story.

Of course he hit the roof the minute he walked in – and when I said, “I gotta guy” to fix it, he didn’t believe me. He ate those words after seeing the great job Barry did on the Escalade. Not only did the truck look good as new, but his shop was as clean as my hair salon minus the smell of chemicals because Barry’s uses environmentally friendly products in all his auto collision repairs.

I’m not sure if Vito was more impressed with the expert repair on the Escalade or the fact that all Barry’s pricing was posted right up front with no hidden gimmicks. Better yet, Barry stands behind all his repair work with a full warranty.

Thank you Barry for fixing the Escalade and shutting Vito’s mouth once and for all.

I also want to thank for getting Vito out of my hair on Saturdays because he is hanging around your shop getting his cars detailed. You really proved that “I gotta guy” in the auto collision repair business.