Donna and Vito – Where Marriage and Auto Mishaps Collide! 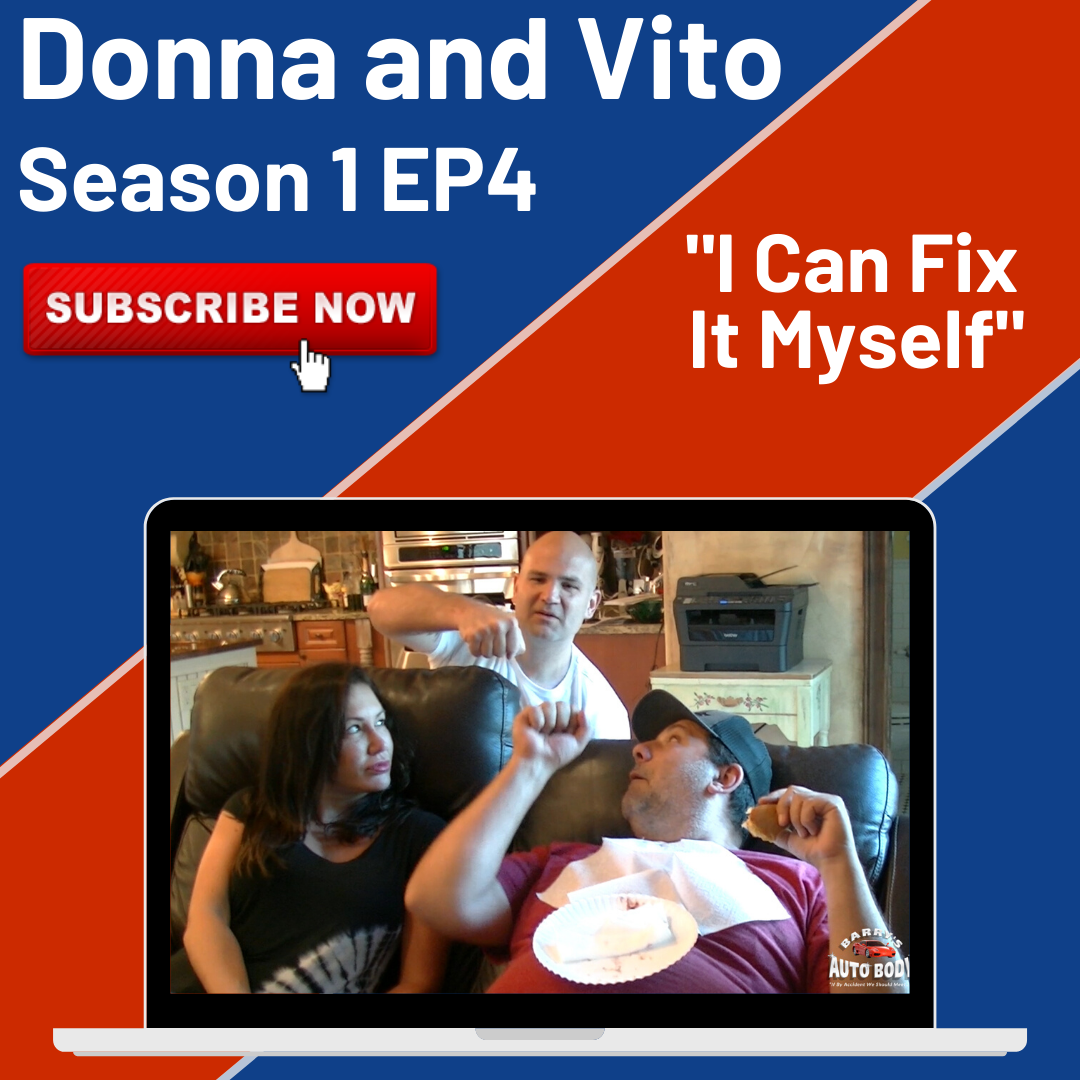 Hey Guys – Barry’s Auto Body shop, Staten Island is about to release the long awaited episode of Donna & Vito and you can be among the first to see it if you subscribe to Barry’s YouTube channel.

Little did Barry and Michele Crupi know that their idea to advertise Barry’s Auto Body shop, Staten Island with a comedy skit posted to YouTube would be one of their most successful marketing strategies. But three episodes and hundreds of thousands of views later, the Donna and Vito, “I Gotta Guy” series has proven to be a great branding effort for the collision repair shop.

If you haven seen the series yet, I strongly suggest that you head over to Barry’s Auto Body shop, Staten Island YouTube channel to see the videos. Here is a synopsis for those of you who can’t hop over to YouTube right now.

The series is set in Staten Island, New York City. Donna and Vito are a middle aged, married couple who tend to communicate by yelling at each other. Vito is a hands on guy who prides himself on his ability to fix things, but Donna is not impressed with his skills so when she winds up needing automotive repair service, she proudly states, “I Gotta Guy,” then brings her car to Barry’s Auto Body.

Barry and Michele Crupi, owners of Barry’s Auto Body both appear in the videos. Barry’s role in the video is to convince Vito that it’s better to let an expert handle the car so he can free up his time for other tasks.

Episode one focuses on the repair of a lost bumper which Donna insists was, “just a little scratch before it fell off.”

Episode two focuses on what to do to make sure your insurance company pays for ALL the damages to your vehicle. The episode opens with Vito reporting an accident directly to the insurance company instead of going to Barry’s Auto Body shop, Staten Island first so Michele can help them file the claim. The conversation Vito has with the insurance agent over the phone will have you laughing so hard you will get cramps.

Episode three (which is my absolute favorite) focuses on detailing. Vito and his father are standing outside looking at what appears to be a gory, bloody stain on the back seat. Vito’s dad repeatedly hits Vito in the head as he scolds him for not putting whatever made the stain in the trunk because now the car’s interior is ruined. When Vito exclaims “I Got a Guy,” who can get the stain out, his father yells, “You got a guy who can get that out? Now I know you’re stupid.”

I won’t play spoiler so you will have to find out what caused the stain by watching the video, I will however tell you that you must watch the video all the way to the end. The producers chose to include out-takes which may be even funnier than the episode itself.

The new episode is called, “I’ll fix it myself”. It will be released on Wednesday, October 30, 2019 at noon so if you want to catch it, you should subscribe to Barry’s Auto Body shop, Staten Island YouTube to be notified.  While you are there, check out all the helpful tip and comparison videos on Barry’s channel. You will be happy that you did.

UPDATE: The new episode has been released! Check it out below…